HRSI -- An update from one of our ministries...

Talk about pastoral care…here in is. 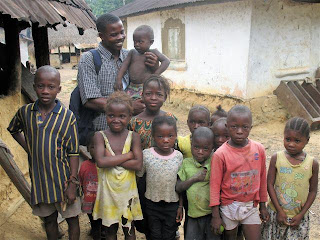 Report from Jason Nightingale…
After weeks of traveling and speaking God's Word among His most gracious people, I have found a quiet place to sit and write you. A place far removed from the chaotic world scene, with its rising food prices and growing hunger. The world in which our little ministry is, by God's enabling, striving to come to the aid and comfort of widows, orphans, refugee and street children.

We happen to be serving in some of the neediest places in a very needy world ... Liberia, West Africa, with its ninety-five percent unemployment and thousands of displaced persons struggling to recover from over fifteen years of civil war and its attendant destruction. Ghana, West Africa, where we are travailing with the fifty thousand Liberian refugees being forced back to Liberia without the hope of a better life. We have ministered among these poor people for over six years and we will continue with them, Lord willing, as they return to their war torn land. Great changes are at hand for them and for the ways we minister to them. India, with a small crisis at hand, in the urgent need of a new place for our orphan home and spectacular growth in our village churches. Kenya, after riots and food shortages and rapidly rising prices for everything, Kimawachi and Paula Mwasamaili continue to serve the poor children (and adults) they have dedicated their lives to. And now Haiti, as we try to get a new orphan home (My Father's House Haiti) up and running in the midst of food riots and ongoing 'troubles'. 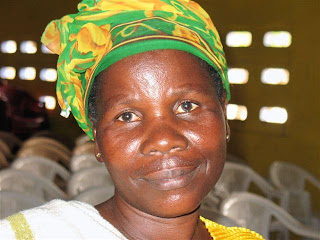 Please pray for our children (almost five hundred in our care) our widows, our refugee and street children; the 'least' in the world. The 'least' are in a precarious place. Most are living at a level of bare necessity. Some have been able to live on the dollar a day that they are able to make, others on two dollars a day. But now food prices are skyrocketing. In the places where a dollar a day could give you a small meal a day, it now takes a dollar and a half. It’s the same everywhere. Fifty to a hundred percent increases in the cost of basic foods.
In the US we spend an average of seven percent of our income for food, the lowest percent in the world. God has greatly blessed us.
Could you imagine being in a place where, no matter how hard you struggled and worked, you spent almost every penny you made just to stay alive. And now, suddenly in only a few months, it takes more to even eat. More that you don't have. The widows and the orphans and the street kids are at the bottom. They were begging and sharing the garbage with the pigs and the cows in the filthy streets and now there's less to share.
When Esther hesitated to intercede, on behalf of her people, Mordecai reminded her that she too was a Jew and unlikely to escape the coming slaughter. He then asked her to consider whether perhaps God had not put her in such a place of access, privilege and possible influence for just such a time and situation........'for such a time as this?'
I wonder if God has not put us in this land of abundance 'for such a time as this.'? 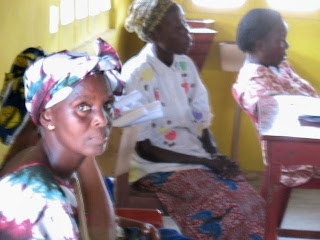 Perhaps God would remind us of how precarious our current situation is. We could be hit with any of a thousand possible weather or other type of catastrophes and be in the same situation as those who now grovel for our leavings. Even we could become the least. Won't you please seek God and see if He has not provided, in you, an answer for some who are now in need.
Not from your lacking but from your abundance...at such a time as this?
International Children's and widow's Ministry Report 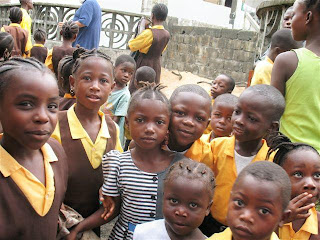 This is a time of great change, fear, concern and
confusion. The Ghanain government was exposed, found out, in the area of misappropriating refugee funds. When the Liberian refugees protested, some were arrested, some were jailed, and some were deported back to Liberia. There were early morning raids, beatings, people running into and hiding in the bush, public pronouncements by the President of Ghana and the Interior Minister, threats, demonizing of the refugees, visits by Liberian authorities, more threats, International wrangling and, now, a general agreement that the Liberians must go home soon. A few will stay and pay for the resident permits that will allow them to be in Ghana and work. But Ghana has become a dangerous place for Liberians to be and most will leave as soon as they are able. The Liberian government and the UN have promised a ship in a month or so ... They will be returning to a nation that has ninety-five percent unemployment and which has no housing, running water or electricity. Most who are going back lost everything they had in the war (some have been refugees for almost twenty years!) and, in many cases, still fear for their lives. They will return to nothing, with nothing and with no money. 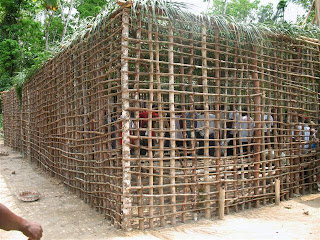 While the Camp at Buduburam still has inhabitants we will continue to conduct
Church services. These children are victims of political displacement and war. Many have no contact with family. We would like to provide food and oil for the widows one more time. We have suspended our Bible School Program at Buduburam but will continue at Krisan Camp, as Krisan is not primarily a Liberian/Sierra Leonees camp. (There are up to ten nations represented at any one time, and we evangelize among many Muslim’s with freedom and fruitfulness) We will continue the Church at Krisan and the widow's ministry but these are considerably smaller undertakings at Krisan than at Buduburam. We will, of course continue to care for our orphans and they being older teen- agers, will return to Liberia.

We are attempting to finish a House for orphans at Buduburam Village, (outside the camp) where we have property, and have been offered a five thousand dollar matching grant. A man we know has offered five thousand dollars, if we raise another five thousand, to construct a house on the foundation that was laid on our property. He has done this before and we were able to finish the foundation and hang the gates on the property. With all the changes in Ghana the one constant is the needs of orphans. We have been caring for many orphans in the refugee camp. Most of these are now older teen-agers and will be returning to Liberia, but there are many young Ghanian orphan children who have great need and no one to meet those needs. We have the property and the staff (both Ghanian and Liberians with resident permits) and should finish this project to the glory of God.
Please seek the Lord as to how he might use you in this effort.
LIBERIA
Liberia continues to be a place of great need, with high unemployment (95 %!) and no services for the people. As in all the developing world food prices Ghanian Church
have skyrocketed. There are over ninety thousand disarmed fighters with no work and little hope. We are doing a little to help and hopes in Christ to do more.
The boys (young men) at My Father's House Liberia continue to advance in their education and physical development. We are seeking avenues of training for them in productive vocations.

There are a number of teen-age girls, that we would like to care for, and the need grows as the little orphans grow up and can no longer stay in the orphan homes. We will be beginning an elementary school in a village area that will serve three villages, currently without a school of any kind. We have planted churches in each of these villages and their one request has been for a school for their children. The Government will not provide it. As the Lord allows, we will fund teachers, materials and food and the villagers will construct class rooms. What a wonderful opportunity to affect these villages for a lifetime. 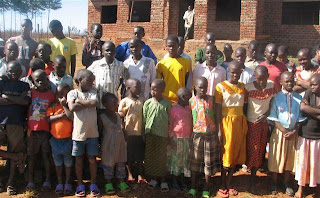 Pastor Zoku has developed a sound and thriving work called the Children Rescue Center in alk about pastoral care…here in is.Ganta, Liberia. He provides housing, food, education and Christian instruction to over eighty orphan children. They have constructed structures for sleeping, eating and school. The following pictures are from that ministry. Brother Zoku and his helpers are doing a marvelous work in a very difficult place. And this in Jesus' Name.